One of my good friends, artist John Sumrow, fantasy illustrator extrordinaire and all around brilliant self-promoter without being creepy about it, just pointed out a nifty new site today, called ko-fi. 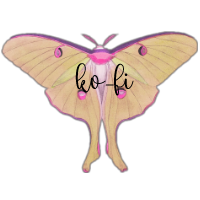 I'm more of a tea kind of gal, but I'm not going to argue if someone wants to buy me a cuppa. It's a site I wasn't familiar with, but, much like a blog, it's a platform ya'll can follow along on, and like Patreon, it gives followers a chance to toss a coin to their creators. Unlike most sites, apparently they don't take a cut from every donation, so that's nice. Instead, they make their money off of offering a paid level creator account that allows a more patreon-like experience. So, I decided to give it a go.

If you want to check out my ko-fi page, follow the moth.

I think it's set that a cuppa jo is three shiny dollars in my paypal account. I know, right? Schmancy.

For the rest of you creators out there, you might wanna give the site a gander and see if it suits your needs. As my friend John pointed out earlier, he mostly just signed up to secure his name on the platform. Well, check and mark.

Have a great day, everybody.

If you've braved Feare Not, you might be wondering something along the lines of, "hey, um, this little interchange in German... is there a reason it's wrong?"
Yes, my little crumpet, there is, and it isn't just that I couldn't German if I was getting a lap dance from Elyas M'Barek. Simply put, our sweet little seer of the dead, Miss Feare, hasn't spoken German in a hot second, and is trying to remember it, but is failing every so adorably.
Okay, I concede that adorably is arguable.
Either way, it was just one of many choices that could have gone either way, but in the end, I always went whichever way made the most sense for the character.
From the mind of Slee at 12:00 AM No comments:

I was cooking brunch (mac& cheese, because we're fancy 'round here) and listening to a podcast, as one does, and illuminati confirmed. Butterflies are monsters. 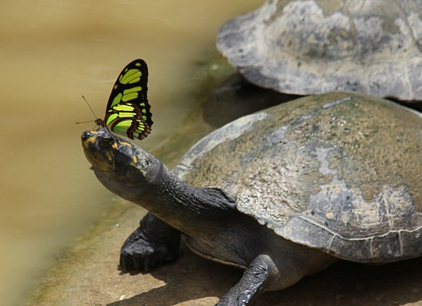 If you've read my first book, the cryptid-tastic butterfly one, you already know why this tickled me pink.

If not, it's still a fun listen.

Either way,  enjoy this short podcast from Science_VS about these saltybois and their sometimes creepy sexy ways.

So yeah, now anytime someone says someone's salty, I'm going to look at them like "do they mean that they have an attitude, or that they're trying to bulk up and enstaminafy for sweet sweet flutterly love?" Definitely bug-horny.

I made a thing.

Not too many sleeps ago, Shutterfly was looking at me with seductive come hither eyes, and when it closed them, I saw that it had busted out the waterproof eyeliner and written 50% off on it's eyelids. I mean, how can a woman resist that? Well, the answer is, by having the checkout feature on the cart break down and try kill the mood. But, that eyeliner was on point, and once I'm seduced, I don't easily seducen't. So yeah, I contacted the powers that be, they contacted the engineers, and helped me and that sale find ourselves someplace a little more private. 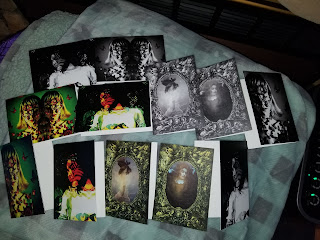 I ordered some notecards for writing to my grandmother, who recently went into a new assisted living arrangement, and I'm told some women there compare the cards they receive like Yu-gi-oh cards. Mongoosine and I were joking, "I put a card from my niece in defense position," says Muriel, leaning on the table. "Well," sneers Betty, "I have a three-page letter from my grandson, and I'm putting it in attack position!"Now, you might have noticed that two of these cards seem to have been printed upside down. It didn't escape my notice, and I'm a bit perplexed. Nonetheless, I'm pretty happy with them. I'm going to send her one of each of the cover designs I created for the books I have out, so bottom 1, 3, and 4. The second one on the bottom is a design that is still in progress. That way I can show her what I'm working on without her having to read the horror/romance peculiar whatnot that might be too scandalous. I can just imagine the horrified look during that one naughty cryptid bit. It's not a great look. So I will keep to summaries and artwork.
It's one thing tell her"it's a story about a girl who moves to an island far from home and gets tangled up in the plans of eldritch monster while falling in love with someone she meets there, even though he's definitely hiding something from her," and another thing to have her read the parts with  cryptid couplings, the pickled eyes, and the ever climbing body count alongside the degradation of moral true north.
So yeah, say goodbye to Exodia, Grandma's gonna be playing book cover cards in attack position.

Cats are the best writing pals

My cat is a creative genius and a comedian.

In case you didn't know, now you do. 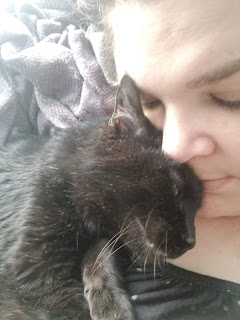 She's also 100% certain that if it's warm and I'm looking at it, it's where she belongs. Which, of course means she thinks my laptop is her bed. Add that it's a touch screen, and this means interesting editorial changes, compliments of Angel.

It also means all I have to do if I want to summon her is get involved in a scene. Then she's full on ready for snuggle time.

So here is to all the feline writing companions, keeping their worshiping would-be writers on their toes and full of cuddles.

Now, it isn't entirely new, as I've been heading in this direction for quite a while. I never would have had this blog were it not for my interest in noveling. You see, I came to blogging through twitter, and I found twitter through NaNoWriMo many years ago. I think it might have been 2005 or 2006.

Well, this year, on January first, I finally hit the publish button on KDP (Amazon's direct publishing service). I had long thought I'd try the traditional route. You know the drill. Query an agent, get rejected, lather, rinse, repeat until maybe one picked me up and found a publisher for one of my novels.

This winter, I realized something about myself. I hated dating. When I met my husband, it was one of the first things we confessed to each other. The process of trying people on to see if they were a good fit exhausted both of us. So we spent the first few dates in a mad rush to tell one another every reason it wouldn't work out, just to cut to the chase. Like I said, we both hated dating. Well, the query thing felt a lot like dating to me. It felt like something that sucked the joy out of creating.

So here I am, publishing my books on my own. Is it scary? Only when my mom threatens to read the sexy parts. 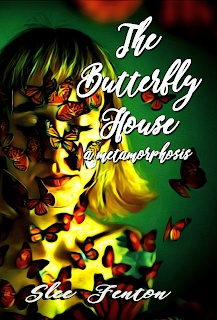 So this? Right here? Is my first ever published book. Exciting, right?
/Okay, for me it's a big deal.
Come back by over the next couple weeks and I'll let you know more about what I've been up to, because, hooooooo, Nelly, have I been busy. 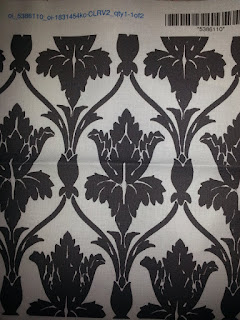 As always, the black prints boldest on the synthetics, but i like the crispness and simplicity of black on white for my Sherlock tribute fan at print.

Slee
I'm still trying to recapture a bit of the Vital I. Stick around. I geek harder than I rock.

I said it, you can find it.